Bitter: (adjective) having a sharp, pungent taste or smell; not sweet, something that tastes bitter in flavor such as dandelion, gentian, coffee, dark chocolate, and greens.
(noun) liquor that is flavored with the sharp pungent taste of plant extracts and is used as an additive in cocktails or as a medicinal substance to promote appetite or digestion.

The earliest origins of bitters can be traced back as far as the ancient Egyptians, who may have infused medicinal herbs in jars of wine. This practice was further developed upon the emergence of the Middle Ages, where the availability of distilled alcohol coincided with a renaissance in pharmacognosy, which made possible far more concentrated herbal bitters and tonic preparations.

Many of the various brands and styles of digestive bitters made today reflect herbal stomachic and tonic preparations whose roots are claimed to be traceable back to renaissance era pharmacopeia and traditions.

By 1806, American publications referenced the popularity of a new preparation termed cocktail, which was described as a combination of “a stimulating liquor, composed of spirits of any kind, sugar, water, and bitters “
(Wikipedia: “Bitters”)

This most recent understanding of bitters is what most people think of when they hear the word “bitters”, but this use is not the only one.

Sometimes given alone medicinally (think the bitter pill) or more commonly taken as an aperitif or digestif before and after meals (respectively), the bitter flavor is intricately tied to our digestive system, and as current research is showing, is actually crucial to its proper functioning.

As lovers of all things herbal, and frequent users and prescribers of bitters ourselves, we decided it was high time to start making some quality medicinal bitters of our own.

When we set out to create our bitters, we tried to capture all the aspects of this often-underutilized and misunderstood flavor into one simple product, a product that we could feel good about using.

In order to do this we stuck with the principles we already stood by: using high quality, organic ingredients in order to make a high-quality product.

We wanted a line of bitters that people could use not only as medicinal tonics, but also to flavor their cocktails, and we wanted them to taste good, because if they didn’t, then people wouldn’t use them.

The name Savoir Bitters is a play on words:

Since these two words are so similar in both spelling and pronunciation, we figured that no matter which way you said it, you would end up wanting to find out what they tasted like.

So go ahead, be bold, be adventurous, and give them a try all on their own.

Then, if you’re the creative type, mix them into your cocktails to give them that extra something “special.”

Bitters Use and Directions:

To stimulate healthy digestion: enjoy approximately ¼ teaspoon (1.2 mL, or one-two droppers) of our bitters before or after meals-- or to curb a sugar craving-- up to 6 times daily if needed.

Start small in your dose: everyone's body is different, and many people find that a very small dose can be quite sufficient. If the bitter taste is especially rare in your diet, your digestion will fire up with just a very small amount of the bitters.

We recommend starting with ½ dropper full directly on the tongue and working your way up from there.

Tasting the bitter flavor is key to the digestive benefits, so don’t dilute too much!

To create a Cocktail: try substituting Savoir Bitters into any of your current favorite cocktail recipes, or be creative and come up with your own. 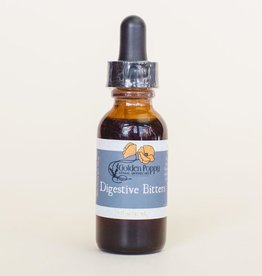 A classic medicinal bitters formula designed to help stimulate and improve digestion...you might not want to add this one to your cocktail.
Add to cart
Digestive Bitters, 1oz
$14.00 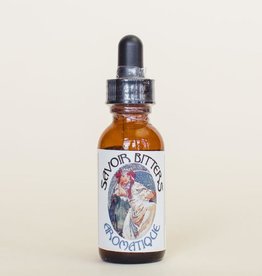 Our twist on classic bitters used in drinks the world over. Made with organic herbs and organic cane alcohol, these will elevate your drinks to a whole new level.
Add to cart
Savoir Bitters: Aromatique 1oz
$14.00 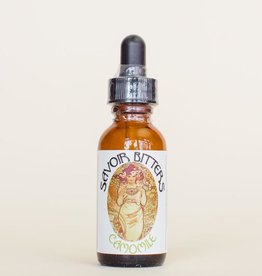 The gentlest of our bitters blends, Camomile is soft, floral, and calming. Made with organic herbs and organic cane alcohol, these will elevate your drinks to a whole new level.
Add to cart
Savoir Bitters: Camomile 1oz
$14.00 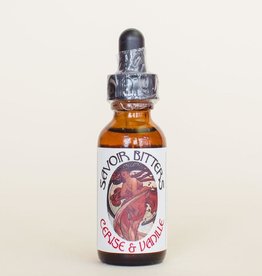 The perfect complement to rich and full beverages, these bitters will round out your drink and add that extra special "something"
Savoir Bitters: Cerise & Vanille 1oz (Cherry Vanilla)
$14.00 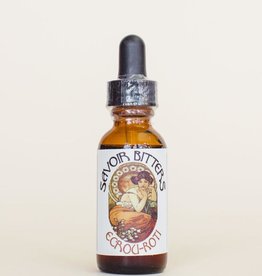 Ecrou Roti, or Toasted Nut bitters are warm, nutty, and rich. They pair perfectly with whiskey, dark chocolate, and winter nights.
Made with organic herbs and organic cane alcohol, these will elevate your drinks to a whole new level.
Add to cart
Savoir Bitters: Ecrou Roti 1oz (Toasted Nut)
$14.00 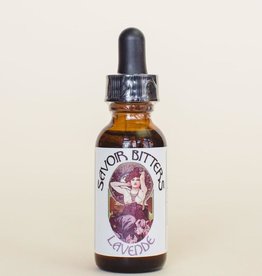 Capturing the essence of lavender flowers, our Lavender bitters are floral and warm.
They make a lovely complement to cooling summer beverages.
Add to cart
Savoir Bitters: Lavande 1 oz (Lavender)
$14.00 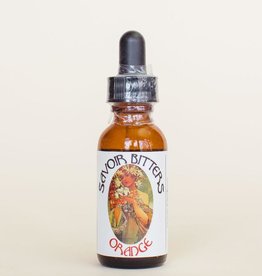 The perfect compliment to tequila in the summer, whiskey in the winter, or sparkling water for an anytime mocktail, our orange bitters will brighten any beverage.
Savoir Bitters: Orange 1oz
$14.00 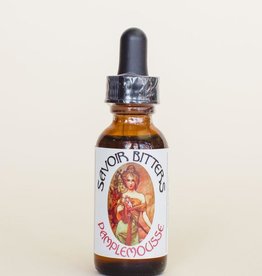 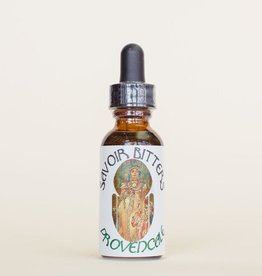 A classic blend of herbs based off the cooking spice mix, our Provencale bitters are herbal and delightful.
Add to cart
Savoir Bitters: Provencale 1oz
$14.00
By using our website, you agree to the use of cookies. These cookies help us understand how customers arrive at and use our site and help us make improvements. Hide this message More on cookies »