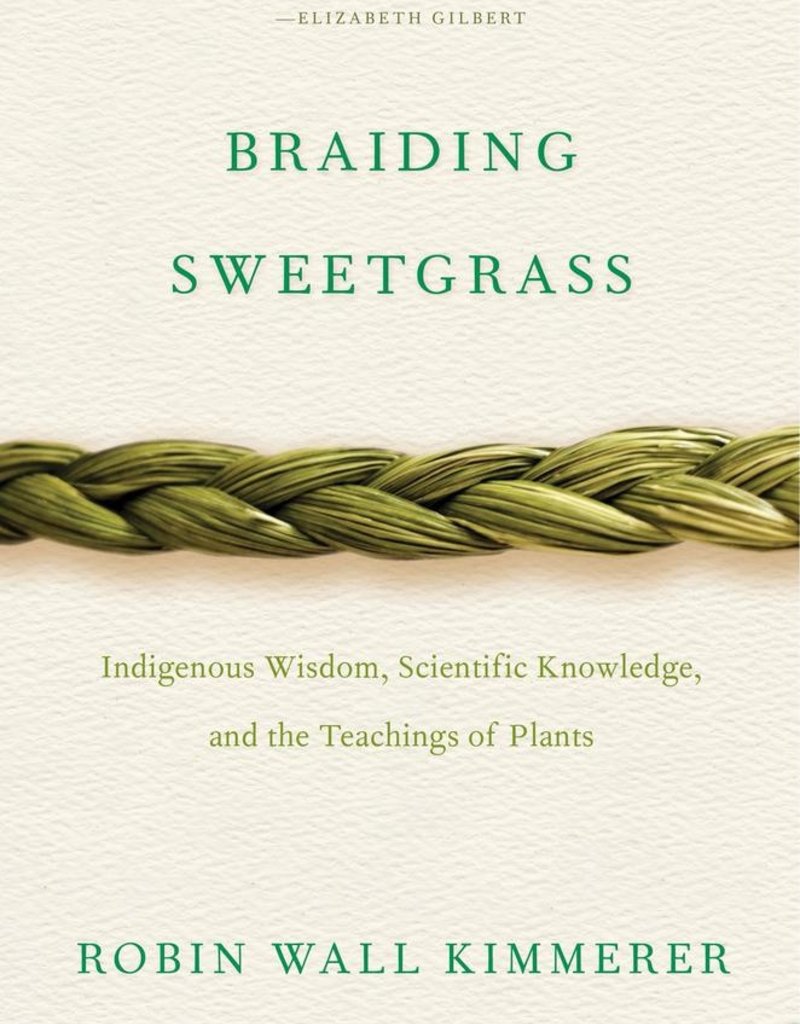 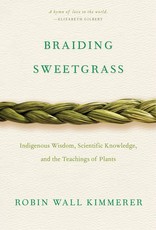 As a botanist, Robin Wall Kimmerer has been trained to ask questions of nature with the tools of science. As a member of the Citizen Potawatomi Nation, she embraces the notion that plants and animals are our oldest teachers.

In Braiding Sweetgrass, Kimmerer brings these two lenses of knowledge together to take us on "a journey that is every bit as mythic as it is scientific, as sacred as it is historical, as clever as it is wise" (Elizabeth Gilbert).

Drawing on her life as an indigenous scientist, and as a woman, Kimmerer shows how other living beings--asters and goldenrod, strawberries and squash, salamanders, algae, and sweetgrass--offer us gifts and lessons, even if we've forgotten how to hear their voices.

In reflections that range from the creation of Turtle Island to the forces that threaten its flourishing today, she circles toward a central argument: that the awakening of ecological consciousness requires the acknowledgment and celebration of our reciprocal relationship with the rest of the living world. For only when we can hear the languages of other beings will we be capable of understanding the generosity of the earth, and learn to give our own gifts in return.

"As a leading researcher in the field of biology, Robin Wall Kimmerer understands the delicate state of our world. But as an active member of the Potawatomi nation, she senses and relates to the world through a way of knowing far older than any science.
In Braiding Sweetgrass, she intertwines these two modes of awareness--the analytic and the emotional, the scientific and the cultural--to ultimately reveal a path toward healing the rift that grows between people and nature.
The woven essays that construct this book bring people back into conversation with all that is green and growing; a universe that never stopped speaking to us, even when we forgot how to listen"
Robin Wall Kimmerer is a mother, scientist, decorated professor, and enrolled member of the Citizen Potawatomi Nation. She is the author of Braiding Sweetgrass: Indigenous Wisdom, Scientific Knowledge and the Teaching of Plants and Gathering Moss: A Natural and Cultural History of Mosses. She lives in Syracuse, New York, where she is a SUNY Distinguished Teaching Professor of Environmental Biology, and the founder and director of the Center for Native Peoples and the Environment.
A New York Times Bestseller
A Washington Post Bestseller
Named a "Best Essay Collection of the Decade" by Literary Hub
Add your review
0 stars based on 0 reviews
Add to wishlist / Add to compare / Print
By using our website, you agree to the use of cookies. These cookies help us understand how customers arrive at and use our site and help us make improvements. Hide this message More on cookies »